April RaQuel, a national & international performing #RaQStar, is a multi- talented singer, songwriter, model and accomplished entertainer, with a well- rounded portfolio of credits in the entertainment industry. April brings Soul, Funk & Fierce Fashion to her artistry along with her extremely talented band Kouture Funk.

April RaQuel’s powerful & captivating voice holds its own merit, which allows her to dominate a lane that is all hers. She lights up the stage with her fiery presence, commanding the attention of the room. Vocally, you can feel her soulful and RaQ inner diva. It is evident that she displays an impressive range and depth. April RaQuel is much more than a studio singer; she has the ability to mesmerize crowds with her vocal styling and unmatched exuberance. Her distinctive, soulful voice and energy is like no other. When she enters the stage, she owns it. 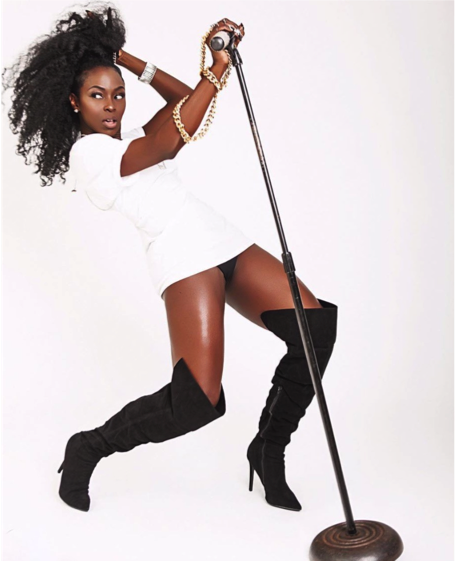 Book APRIL RAQUEL for your next event.